I just got home for the 2014 conference for the Handcrafted Soap and Cosmetics Guild Conference held in Tucson. As a previous resident of Tucson I needed little excuse to get back. If you’ve never been to a Soap Conference before, just imagine being able to share your excitement for the craft with 400 other soapmakers! All the while being well fed and cared for at the Loews Ventana Canyon resort. Upon first arriving in Tucson I drove around and scouted out some places I had been familiar with. I learned that Tucson had changed a lot with time.
Take a look at the view I had from my room at the resort. Wow, right? One thing I really liked about the resort was a paved nature trail that wound up the hill behind the resort.  It included signage for plants and animals along the trail with benches for sitting alongside the creek and on to a waterfall behind the resort. This walk made a nice break  between sessions involving too much sitting. I was also able to do some hiking near Tucson which I wrote about here.
There of course were many good talks to choose from. Some of the action steps I plan to take as a result of the conference include trying to make clear cold process soap. It was something I had tried unsuccessfully several years ago and didn’t have the time to work out the kinks. But now, armed with some good tips I’m sure I’ll be able to do it. I’ll also try some ‘landscape’ soaps. I’m always amazed at the skill soapmakers have in designing beautiful soaps and the bar is raised every year. I’ve been wanting to make some Colorado scenery soaps though and now feel that I can do it. Anyone want ‘Twin Peaks’ soap?
Any soapmaker is bound to find something useful from attending a soap conference. Topics range from learning technique in soapmaking and business, meeting suppliers and learning about new and better supplies, and networking with other soapmakers.  Oh, and there is the soapers showcase where you can oooh and aaah over different soaps and vote for the best. Next year it’s in Indianapolis and here is the link to find information about it. Its a bad picture, but here are some pics of the soaps entered. 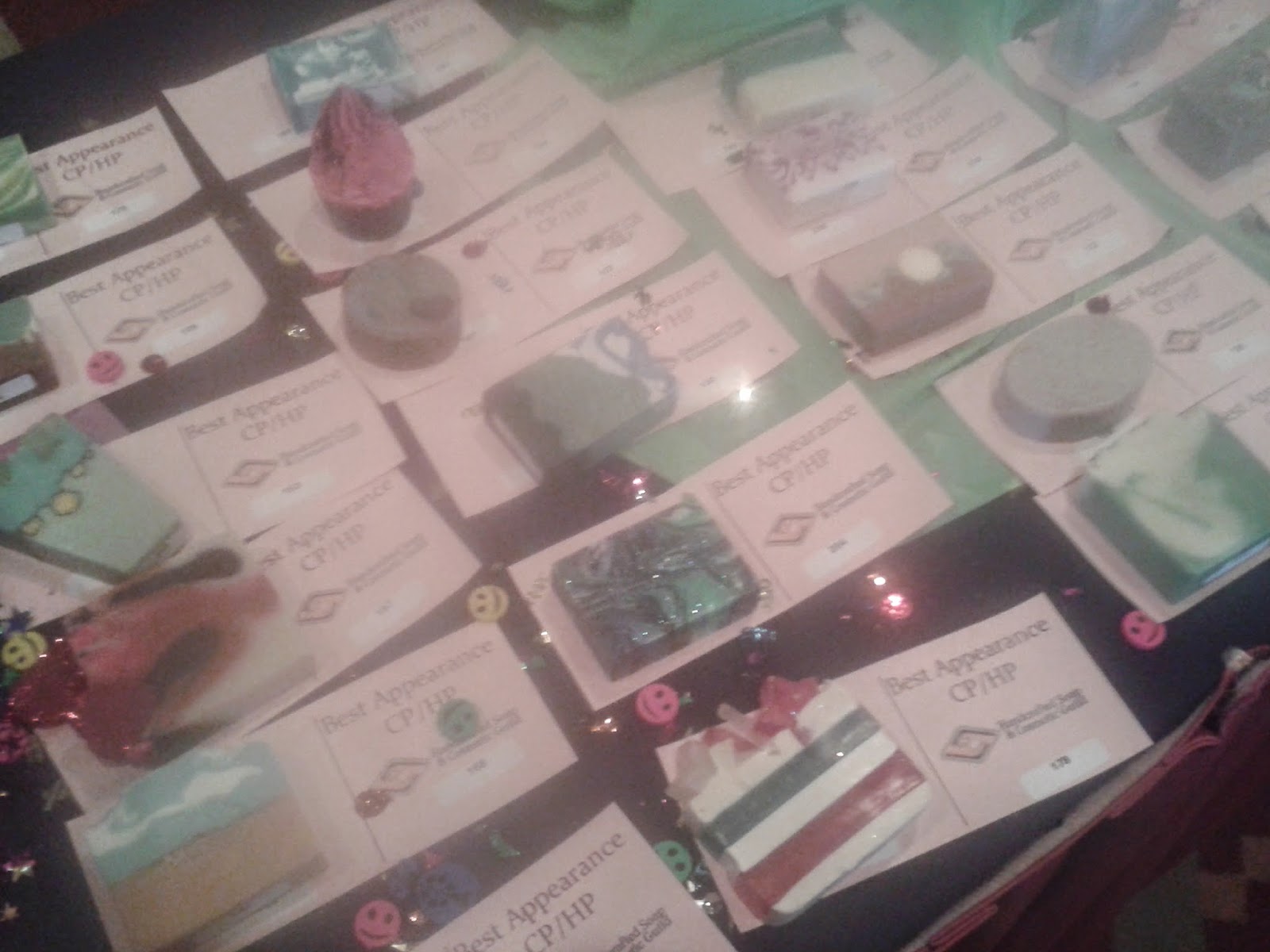 As the week ended I realized that I took alot of pictures of cactus but not much else. So, I got this one at the awards dinner on the final night.