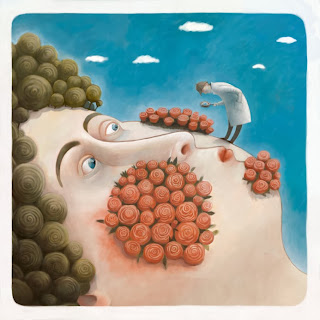 Rosacea is a chronic inflammatory skin condition that results in reddening of the skin on the face, particularly on the cheeks, nose chin or forehead. Its not clear what the cause of rosacea is but there is probably a hereditary component since it is experienced mostly by fair skinned people of Celtic descent. Rosacea is usually diagnosed after the age of 30. It also occurs more in women than men, but comedian W.C. Fields was probably Rosacea’s most famous victim with his recognizable red nose. Some types of rosacea can produce small pus filled pustules like acne. More severe cases can lead to a thickening of the skin especially that of the nose.
Signs of rosacea include flushing, persistent redness, bumps and pimples and visible blood capillaries. Rosacea can also cause eye irritation, burning or stinging of the skin, dry skin, swelling or edema. The redness in rosacea occurs from enlarged and broken capillaries on the face. Normal skin will ‘flush’ giving the cheeks a pink blush, but in rosacea this response is hyperactive and often the capillaries themselves are visible.
The flushing or redness can be triggered by a number of things. The National Rosacea Society says the majority of victims report the following as triggers for rosacea symptoms:
Sun exposure
Emotional stress
Heat
Wind
Exercise
Alcohol consumption
Hot baths
Cold weather
Spicy foods.
By noting what triggers your rosacea you can learn to decrease the symptoms to a certain degree. Learning stress reduction techniques is also useful.
How to calm rosacea?
There is no cure for rosacea, but there are things to help control it. Stay away from skin irritants. Many acne products can be irritating to the skin such as salicylic acid, tea tree oil and alcohol.  Other ingredients to avoid include glycolic acid often found in peels or antiaging creams. Test a new cosmetic on your neck before using it on your face. Its important to use calming products that have antioxidants and anti-inflammatories. Green tea has been used in several studies and has been found to reduce the redness of rosacea.
When washing your face use gentle surfactants and don’t use abrasives for exfoliation. Use a gentle milky or creamy cleanser. Rinse with lukewarm water, not hot or cold. Stinging is more likely to occur on damp skin, so wait a few minutes after cleansing before applying moisturizer or makeup to the skin.
A moisturizer is a must to help with burning, itching and irritation associated with rosacea.
Using a sunscreen is important since sun exposure is the number one trigger reported by rosacea patients. More importantly, stay out of the sun or use a wide brimmed hat during the middle of the day.
For more information see www.rosacea.org
For a moisturizer we recommend Springtide Antiaging Face Cream from Colorado Aromatics. It contains green tea extract, calendula and botanical oils.