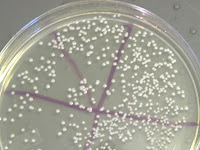 Many people do not realize that any cosmetic product that is good for your skin is also a good breeding ground for microorganisms; bacteria and fungus. The reason they are called ‘microorganisms’ is because they are so small that they cannot be seen with the naked eye. They are ‘seen’ by growing them on a petri dish filled with nutrient rich agar to promote their growth. One unseen bacterial or fungal cell will reproduce rapidly in the right conditions to form a colony or clump of cells that is seen by the naked eye on the petri dish. Results of microbiology tests are given as colony forming units which represents each cell that reproduced to form that colony.

Excessive amounts of bacteria and fungus can affect the cosmetic in a number of ways; cause odors, destabilize the emulsion, cause color changes. Microorganisms can also affect the consumer negatively in ways ranging from harmless itching of the skin to serious infection; even blindness if the product is used around the eyes.

The most common microbiology tests for cosmetics are the APC and fungal/yeast test. APC stands for aerobic plate count. This involves diluting the cosmetic product and plating a portion of it on an agar plate with specific nutrients that favor bacterial growth. This test will tell you how many bacteria are in the product at the time of testing. The fungal/yeast test is similar but the sample is plated on an agar plate with nutrients specific to favor fungal growth as well as an antibiotic to prevent bacterial growth. This is used because bacteria can grow faster, overgrowing a plate blocking out the fungi growth making it hard to identify. Plates are placed in an incubator and observed at 48 hours for bacterial growth and 7 days for fungal/yeast colonies. Colonies appear as spots on the plates that are small communities of tens of thousands of individual cells that grew from one cell that came from the cosmetic sample.

Interestingly, the FDA does not require any microbiology testing of cosmetics, but it is the responsible thing to do to protect both consumers and products.

Another important test is the Challenge Test or Preservative Efficacy Test. Although expensive ($500 or more) this test is important for products that are widely sold commercially. It will tell you how well your preservative works in your specific formula. For this test, 5 or more known microbes (both bacteria and fungus) are individually added to the cosmetic sample. Plate counts are done at various time points over 28 days or more. The counts in the product should decrease 90% or more over a 14 day period and not increase again after that.

A less effective version of this test can be called the “common usage test”. For this you would first have your product tested to assure it is without significant contamination initially, then use and abuse a sample for 2-3 weeks (sticking fingers into it) knowing that you are introducing bacteria and fungus into it. Then have it tested again to see how your product holds up to that insult. The counts for the second testing should be as low as the first testing. These tests will give information on how well the preservative you use is working in your system.
All cosmetic products containing water or watery substances (aloe, hydrosols, water based extracts, etc) require a preservative to prevent microorganisms from growing. And all such products should be tested to make sure they are relatively free of these microbes. Products that do not contain preservatives will sooner or later begin to grow microbes just as food products will and could become unsafe for the consumer. 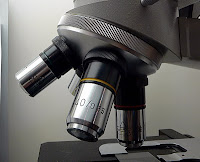