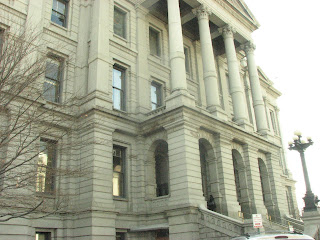 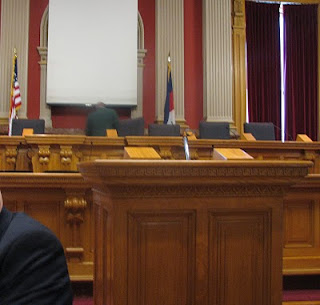 Monday was a small victory for those of us in the skin care business. The Colorado Legislative Committee turned down a bill that would have eliminated many of the ingredients used by both small and large manufacturers and loved by customers. Ironically, the very people who are trying to take these things away from us are the people telling you they are trying to protect them; the Campaign for Safe Cosmetics. Its very unclear to me what their motive is and that of their parent group the Environmental Working Group. Out of an apparent fear of chemistry they want to ban an extraordinary number of chemicals from skin care, chemicals that we eat in our food everyday. Their fear of chemistry is such that it prevents them from seeing that many of the chemicals they would like to ban are ubiquitous chemicals occurring naturally in our environment; chemicals that compose the aroma molecules of essential oils, the antioxidants of vegetable oils, and miscellaneous molecules of fruits, vegetables and herbs. Did the relatively few small businesses that supported this bill even read the list of substances to be banned? I doubt it. If they had they would see that passing this bill would have made it impossible for any cosmetic company to manufacture or sell in the state of Colorado, including themselves. Following is a summary of the afternoon in the legislature.

Initially there was much questioning directed toward Representative Primavera about wording of the bill and why the EU should govern what we do. It was decided that those opposed to the bill would speak first with a total time limit for the entire opposition at 40min (not including questions). The Personal Care Products Council (a trade organization) was the first to speak addressing that the US has had legislation in place to control cosmetics ingredients for many years, longer than the EU.

Testimony included these points:
Most things on the list are not carcinogenic or not carcinogenic at levels found in cosmetics.
FDA oversees cosmetics and has done so since the 1970’s (Long before the EU did).
Even though the EU bans 1100 chemicals from cosmetics most of those have no relation to cosmetics and include things like diesel fuel.
Many things on the list are regulated more in the US because they are considered OTC drugs here whereas in Europe they are not.
The bill would hurt not only large business but also small businesses making it impossible to manufacture or sell cosmetics in Colorado.
Even considering just the amended version of the bill; because analytical testing ability for substances like lead and arsenic are so sensitive it would be impossible to find any product that did not contain these ubiquitous molecules.
Substances on the lists including acetaldehyde, caffeic acid, methyleugenol, 5-methoxy psoralen, (2-ethylhexyl)phthalate, and safrole may sound scary, but are a natural part of many fruits, vegetables, herbs and essential oils. Non-steroidal estrogens are a natural part of vegetable oils.
There is no evidence that anyone has been harmed by any of the ingredients on the lists.
The law is most likely unconstitutional and opens things wide for law suits that do not have to show harm or even have a client.

Those speaking in favor of the bill included Susan Rolle of the Women’s Lobby and cofounder of the Campaign for Safe Cosmetics. In favor of the bill she said “I wish we had more science but we don’t”. She mentioned several times that cosmetics companies sold different, safer products in the EU than here, but when pressed she could only name one company who did that and sold nail products rather than skin products.
Their scientific expert, Dr. David Norris from University of Colorado, is an environmental ecologist. He addressed the number of environmental estrogens in the waterways and their effects on fish. But he admitted that they probably do not come from cosmetics and that there was no way to identify naturally occurring ones from those that originated in cosmetics. Other proponents included an RN who didn’t like the chemical smell of one of the hospital products she was using and a business owner who thought that natural was better. And no, I don’t know what these statements had to do with the bill either.

I want to thank Proctor and Gamble, Johnson & Johnson, Estee Lauder, and the Personal Care Products Council for coming. We didn’t expect big business there but were glad for the support. Next time call ahead and you can take some small business leaders to dinner!

So there may be some work to do in the cosmetics field to make it safer and perhaps ‘self-policing’ is not working as well as it should, broad legislation that makes it impossible to work within its bounds is ridiculous. And adding new laws is rarely the answer to any problem.

Hopefully my next blog post will be something more fun.