Hay is for Horses (or is it) 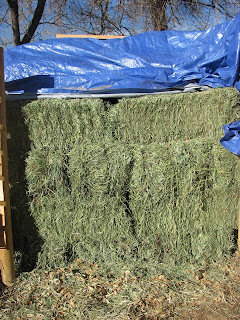 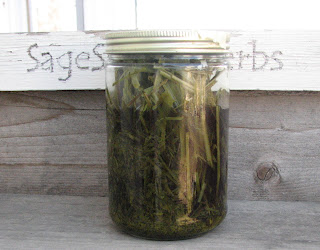 We recently bought and stacked hay for the winter to feed our horse and goats. Its nice that they have enough pasture for their needs in the summer, but at this time of year the grass starts looking bad and soon it will be either covered with snow, or brown. We are lucky to have a hay farmer next door so we don’t have to drive far to get hay. We stacked 80 small bales and covered it with a tarp to keep it from getting ruined from rain and snow. I worry that the wind might shred the tarp though.
Since the scent of hay is rather sweet and pleasant I wondered if I could capture it in a tincture. I filled a pint jar with hay and covered that with 70% ethanol (everclear mixed with water). I’ll let that set for a few weeks to see if the aroma has gone into the alcohol. It actually smells very nice now after just 2 weeks, so I might do some more. Hay can be made from of many different types of grass as well as alfalfa, all of which affect the scent. The hay we bought is alfalfa grass mix and the grass I think is brome which is common around here. It is also the major type of grass we have in our own pasture. Its nice to still be playing with these plants after summer is over.
I couldn’t resist also posting a picture of our mountain view as they start to be covered with snow. 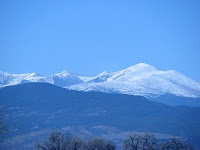